The most beautiful thing about a woman is her mind.

The Beautiful Mind Series is created by perfumer, Geza Schoen of Escentric Molecules.

Frustrated by the glut of mindless celebrity scents out there, he decided to strike out in a different direction, and launch a series of fragrances co-created with women of intelligence and creativity.

Volume 1: Intelligence & Fantasy is a collaboration with Christiane Stenger, the world’s youngest ever Memory Grandmaster.

‘When I first saw Christiane on the cover of a science magazine,’ says Geza, ‘I thought, here’s a woman who is doing something amazing with her brain. Why not create a scent with someone like this?’

The process began with Christiane coming to Berlin to immerse herself in an intensive fragrance education at Geza’s laboratory.

For Geza it was ‘amazing to watch Christiane use her extraordinary memory skills while we were working with the raw materials.’

‘We worked every day, all day,’ remembers Christiane, ‘firstly to memorise the palette of ingredients. The brain is like a sort of neural Facebook. It’s all about connections.’ Christiane uses a memory technique that involves creating a picture for each memory, the more fantastical the better. ‘When Geza gave me something to smell, a picture would form in my mind .. the ocean.. a plant….a fantasy animal. My method worked particularly well with fragrance because it’s hard to describe smells in words.’

‘I was fascinated by what goes on in the mind of a great dancer while she’s dancing,’ says Geza, ‘in the precision she must have to express the grace.’

Precision & Grace took two years to create, due to the demands of Semionova’s schedule, dancing all over the world.

‘When you first smell Precision & Grace it’s like a breeze, so light and feminine,’ says Polina. ‘But then there is this unusual note that I love, the Peruvian pepper. This adds something deeper that gives a core of strength to the fragrance. It’s like the ballet itself: without the hidden strength, you can’t make it light.’

The imagery for the series depicts the beauty of the brain in action. Instead of the faces of Christiane and Polina, the packaging features neural pathways in the brain. These are imaginative representations of synapses connecting during memory retrieval, and of the kinesthetic intelligence of the dancer. 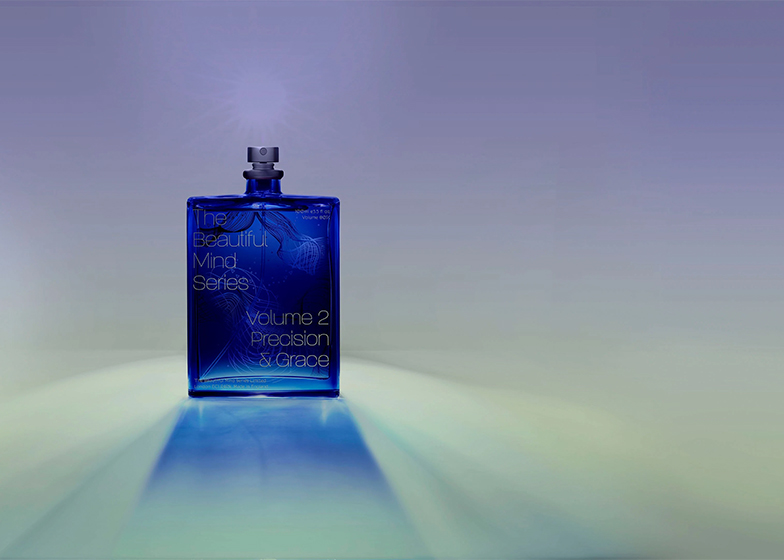